Snyder & Associates LLP Our firm is full service and yet has been able to remain mid-sized over the decades. The choice to stay mid-sized was made out of our desire to have the expertise and experience needed to serve our clients in a diverse range of situations and practice areas, while still working with every client on a personal level and giving them the attention and importance they deserve. Read More Here 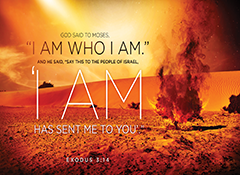 I'm so glad we kept looking and found Snyder & Associates. It is nice to find a great lawyer at a firm that has a fair fee schedule.”
Jessica Wegmann-Sanchez

I'm very impressed with the care and attention to detail I experienced and will definitely be returning for any future legal matters.”
Karen Mulligan

Stephen Snyder, managing partner of the law firm of Snyder & Associates LLP, is highly regarded both domestically and internationally for his expertise in the field of corporate law, intellectual property, and international business transactions. His clients include a number of chartered banks, trust companies, land developers, software companies, hi-tech companies and international investors, as well as construction, manufacturing, and oil and gas service companies. In recent years, many of his clients have established themselves in the international marketplaces - France, Germany, Poland, Russia, Turkmenistan, China, North Africa, Cyprus, Iran, Abu Dhabi, Dubai and other parts of the Persian Gulf.

Mr. Snyder was born in San Francisco, California. Early in life, he and his family moved to Canada, where his father pursued an academic career in music. Stephen Snyder, whose pre-law work included three years in the office of the Premier of Alberta, obtained a Bachelor of Arts and a Bachelor of Laws from the University of Alberta. He was valedictorian of the graduating class of 1973, and was called to the Alberta Bar in 1974.

Mr. Snyder is an active member of the Edmonton community. A regular speaker on law-related matters at business and service-club events, he has served in executive capacities for The King's University College (Treasurer and Member, Board of Governors), Prairie Bible Institute (Counsel) and Cornerstone Counselling Centre (Chairman and Member, Board of Directors). He has held every elective position at his church, and is a past member of the Board of the Multiple Sclerosis Society of Canada, Alberta Division.

Stephen Snyder's avocational interests include music and golf. He is a member of The Greenwood Singers, a choral group active in the greater Edmonton area. 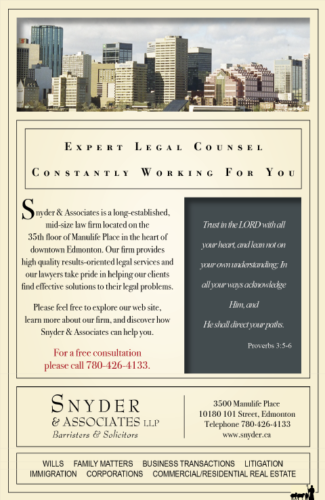