Brian speaks at seminars and conferences involving the sale of exempt market securities, including how to raise capital in the public and private marketplace using the new Offering Memorandum, Crowdfunding, and Existing Shareholder exemptions. 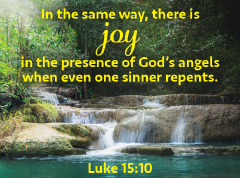 Brian is the Principal and Founder of BLP Law Professional Corporation, a law firm in the Bay area of Toronto specializing in corporate and securities law.
Brian is not your typical lawyer.

Brian began his career as an electrician. For more than fifteen years, Brian worked in every imaginable part of the electrician trade. He spent five years at Fort McMurray in Alberta, handled disputes as a Union Representative, and eventually ran his own electrical contracting business.

All that means he uniquely understands what it’s like to be a “regular” person. Prior to going to law school, Brian also spent ten years in private business as a sales manager and trainer.

Despite being so down to earth, Brian is experienced. With over fifteen years of law under his belt, he was previously the Director and President of Private Capital Markets Association of Canada (formerly the Exempt Market Dealers Association), a Partner at Blaney McMurty, a Partner at McLean & Kerr, and an Associate Lawyer with Torys.

Brian has practiced corporate and securities law in Toronto since 2001. He has served on the PDAC Securities Committee for the last three years, and previously served as Corporate Secretary for a junior exploration company, Director and President of the Private Capital Markets Association, Director of the Toronto Business Development Centre and as a Director or Officer on several other corporations.

Credentials
He’s a speaker at seminars and conferences involving the sale of exempt market securities, including how to raise capital in the public and private market place using the new Offering Memorandum, Crowdfunding and Existing Shareholder exemptions.

He is a member of the New York Bar Association, the Canadian Bar Association and the Ontario Bar Association. Brian completed his BA (Political Science) and LL.B. in 2000, his MBA in 2001, his LL.M in corporate finance and securities law in 2009 and received his Certificate in Mining Law in 2012. 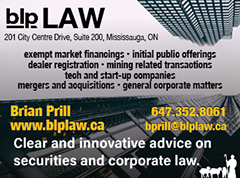